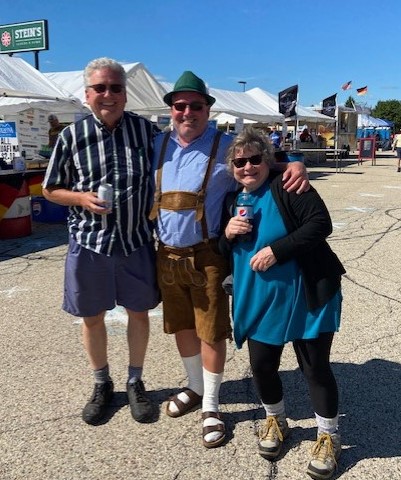 Habitat for Humanity of Washington & Dodge Counties hosted the 35th Anniversary of West Bend’s GERMANfest in a reenvisioned way for August of 2020.  While the COVID pandemic slowed most events down, Habitat moved full steam ahead with its “tailgate” version of GERMANfest!  Without the capability of safely bringing 10,000 together in Downtown West Bend, Habitat partnered with The Threshold and Kettlebrook Church to host its tailgate in the parking lot at TTI Industries on Washington Street.  With bands like Rebel Grace, The Alex Meixner Band, Chicken Wire Empire, and Country Music Legend, Collin Raye, Habitat was thrilled to have people in the audience from as far away as St. Louis and Indiana!  People traveled to see the bands and experience a “tailgate” that featured a wide range of music genres.  Many people at the event were thrilled that Habitat was hosting GERMANfest, even though it looked different.  Habitat hopes to have its “normal” GERMANfest back in 2021 in Downtown West Bend, WI.